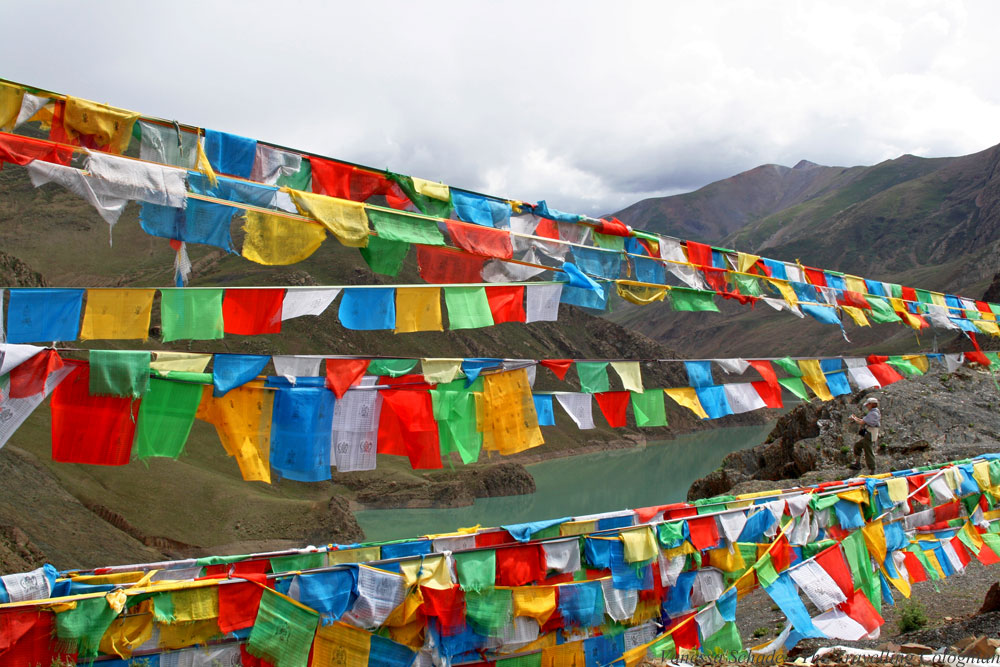 This article contains affiliate links and advertising. Sustainable tourism is becoming increasingly important as an alternative to mass tourism. In this blog post, I will tell you how to support the locals on your travels.

“Take nothing but pictures, leave nothing but footprints, kill nothing but time.”Â This request from Aliyyah Eniath is more relevant than ever in times when not only cities like Venice, Barcelona and Dubrovnik and islands like Majorca are complaining about over tourism. Sustainable tourism is, therefore, becoming increasingly important.

Sustainable tourism aims to minimize the impact on nature in the visited country, to experience it in its pristine form and to adapt oneself as much as possible to the culture and customs of the host country. This makes sustainable tourism a contrast to mass tourism. 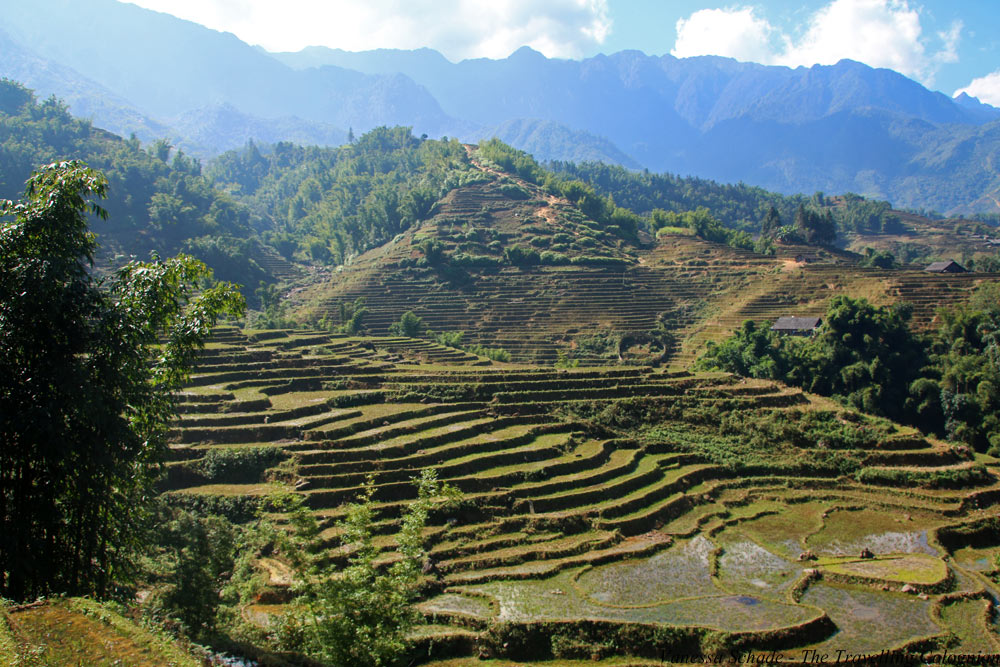 Rice Terraces in the Mountains of Sa PĂˇ

Of course, flights are ecologically bad and it is better to take the train. But at least if you travel not only within Germany or Europe, you will not always be able to do it without using planes. As much as I would like to travel on the Trans-Siberian Railway from Moscow to Beijing or from Europe via Istanbul along the entire course of the ancient Silk Road through Iran and Central Asia to China, I could not afford to travel overland on every trip, neither in time nor financially.

Apart from the flights from Germany to the respective destination, you can try to leave no or as few negative traces as possible. Wherever possible, you can use local transport when being on-site. In this way, you get in touch with the localsÂ and experience the country much more originally and intensely than when you take a Hop On Hop Off-Bus or make a fully organized package tour from/to Germany. In cities like Beijing, Xi’an, Shanghai, Hong Kong, Dubai, Delhi, Tashkent or Almaty I always take the metro or the public bus. When travelling overland, I often travel by train or by public intercity bus. 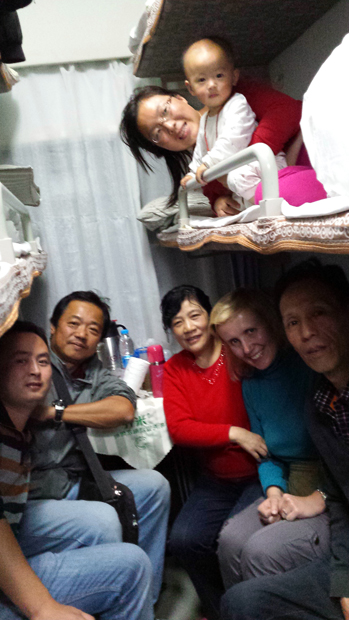 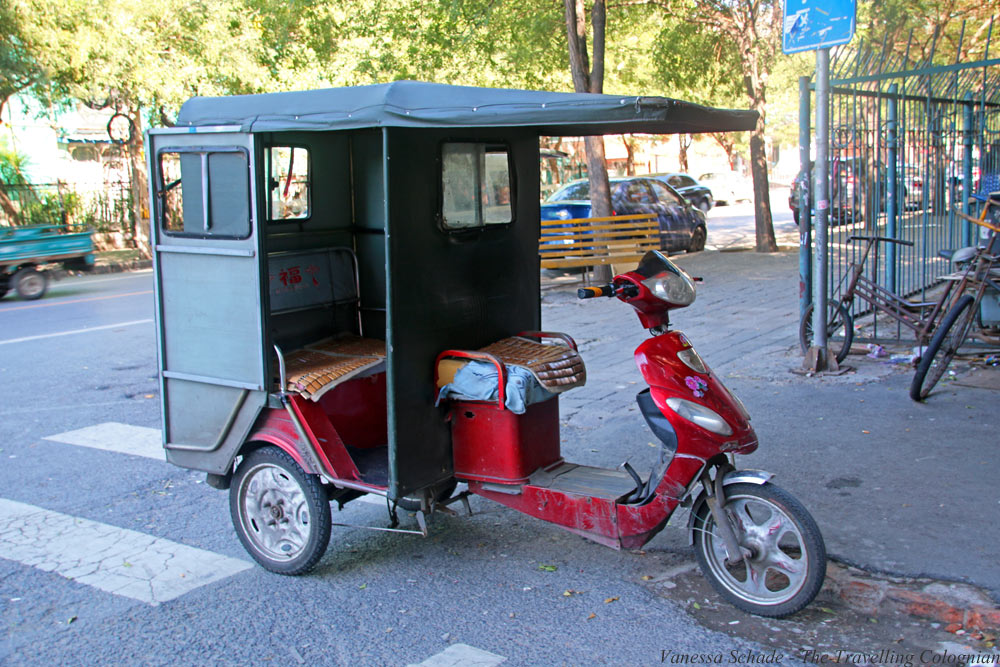 So far, I only took a Chinese motorcycle rickshaw twice. However, it is used intensively by the locals.

Larger hotels or international hotel chains are comfortable and if you already know the hotel chain, you usually know what to expect. I also sometimes stay in bigger hotels, especially after long flights. However, traditional and original accommodations such as yurts in Central Asia, Mongolia and Northwestern China, caravanserais in Iran or Turkey, and Bedouin tents in Jordan or Morocco give you an unadulterated insight into the local way of life. Staying in traditional accommodations also supports the locals who provide these accommodations.

I have often slept in traditional accommodations. At Mount Everest Base Camp on the Tibetan side, I spent the night in a tent camp owned by Tibetan nomads and in Bhutan at Bumdrak Camp. I slept two nights in a monastery in Emeishan, Sichuan province, China, and one night in a Bedouin camp in Wadi Rum, Jordan. In the rainforest of Borneo in the Malaysian state of Sarawak, I slept in a longhouse of the indigenous people of the Iban and spent several nights in homestays in Vietnam, Bhutan, Kyrgyzstan, Tajikistan and in the northwest of the United States. 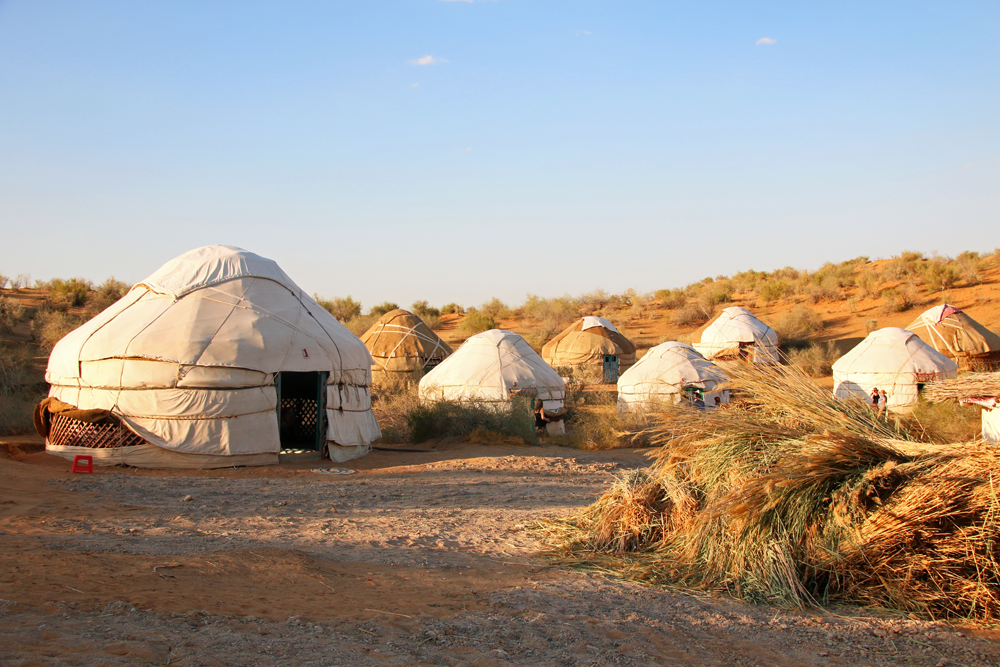 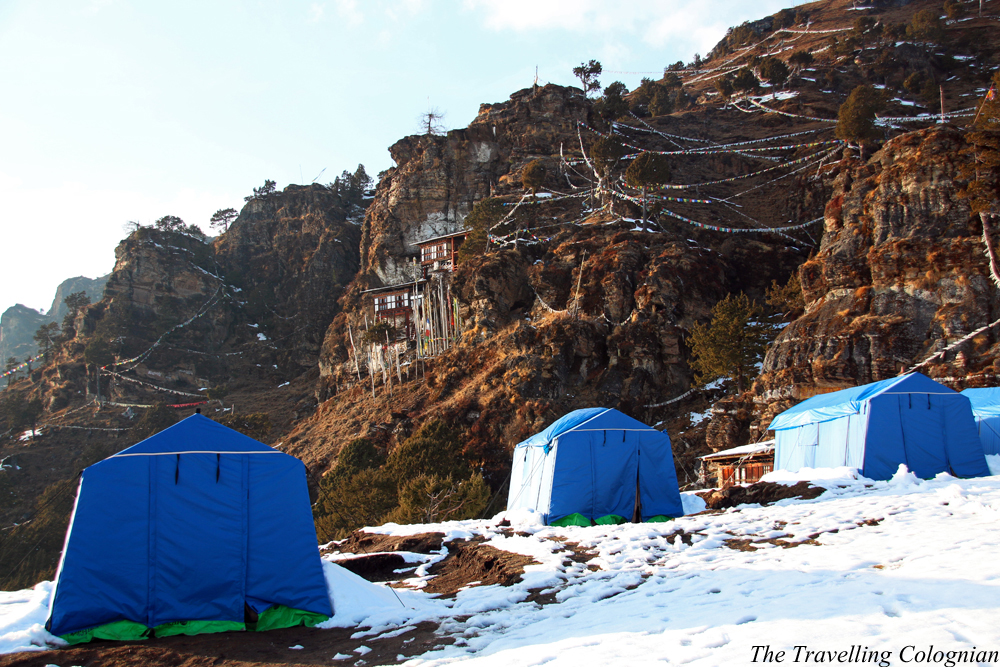 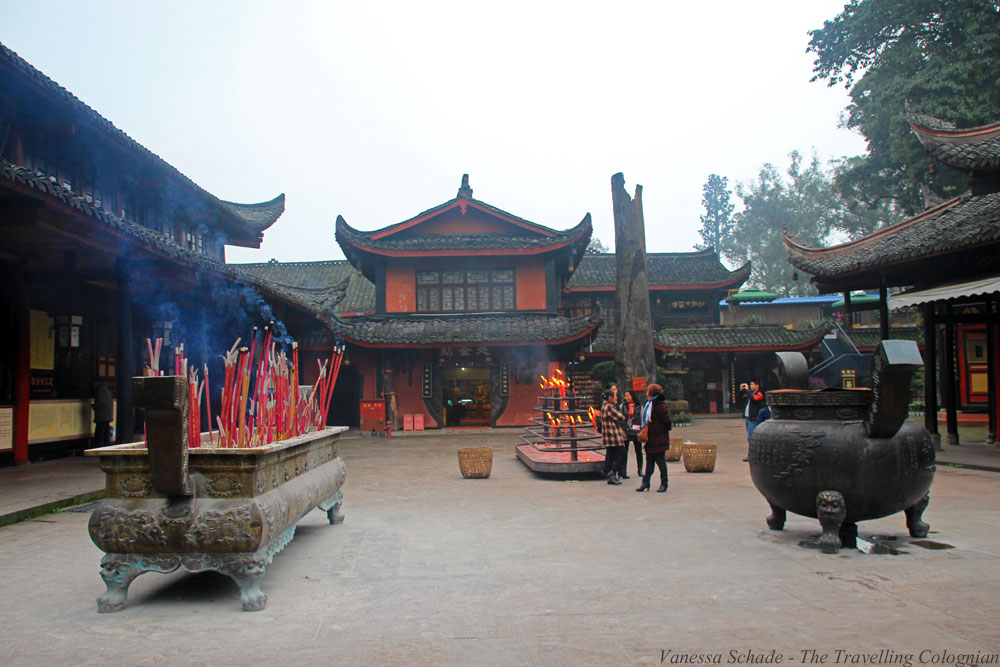 In addition, I appreciate small, owner-managed hotels and guesthouses. For example, in Xiahe, a small Chinese-influenced city in Gansu province in Central China, I stayed at the Nirvana Hotel*, a beautiful boutique hotel run by a Dutch woman and her Tibetan husband. Through Wandhikhar, the Tibetan owner, I booked a day trip to the Sangke Grassland. Since I was the only participant on this day, it became a private tour. This was, of course, more expensive as if I had participated in a group tour, but it has given me insights that I would not have gotten with a larger group. Also, a group tour was not offered that day, so I would not have seen the Sangke Grassland without a private driver. 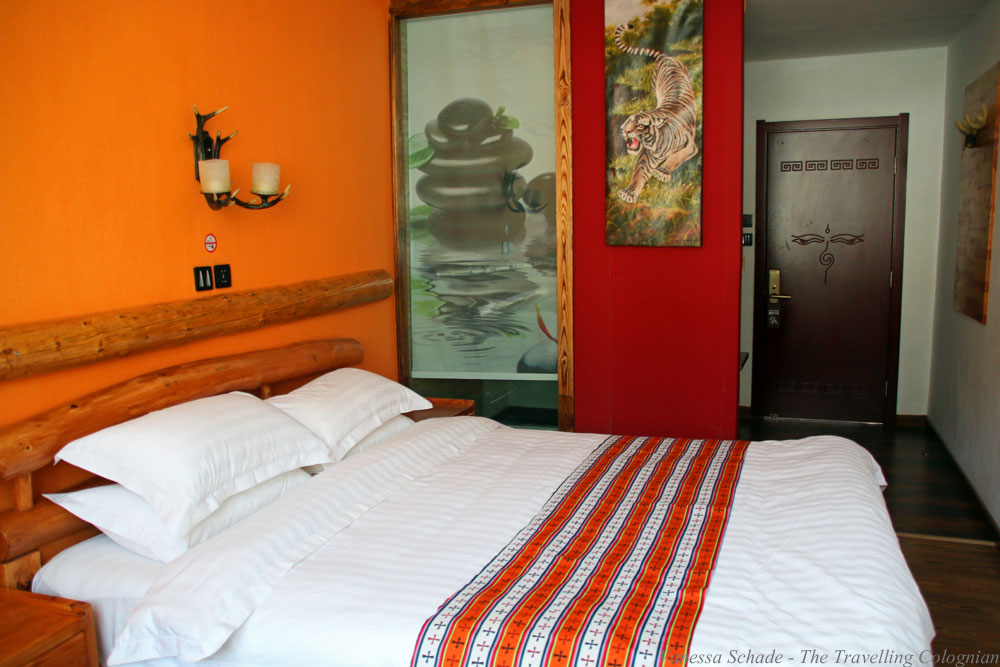 Take an Adventure Tour with a Sustainable Tour Company

If you do not like to travel solo, but none of your friends can or want to join you, I would recommend you to take an adventure trip with a tour company who specializes in sustainable tourism. These tour operators employ local guides and usually offer small groups tours of up to 16 participants. You mostly travel by local transport and often stay in small hotels run by local owners. Sometimes you spend a few nights in traditional accommodations such as yurts, Bedouin tents or homestays. In some countries and regions like Bhutan and Tibet, you can not travel individually, at least not at the moment. I did small group tours with G Adventures* in both Tibet and Bhutan, but also in Uzbekistan, Kazakhstan, Kyrgyzstan and Tajikistan. In Uzbekistan, Kazakhstan, Kyrgyzstan and Tajikistan, individual travel would have been possible, but Uzbekistan was a rather exotic destination in 2016 when I was there. In Kazakhstan, Kyrgyzstan and Tajikistan I decided to go on a guided tour because of the language barrier and the infrastructure. 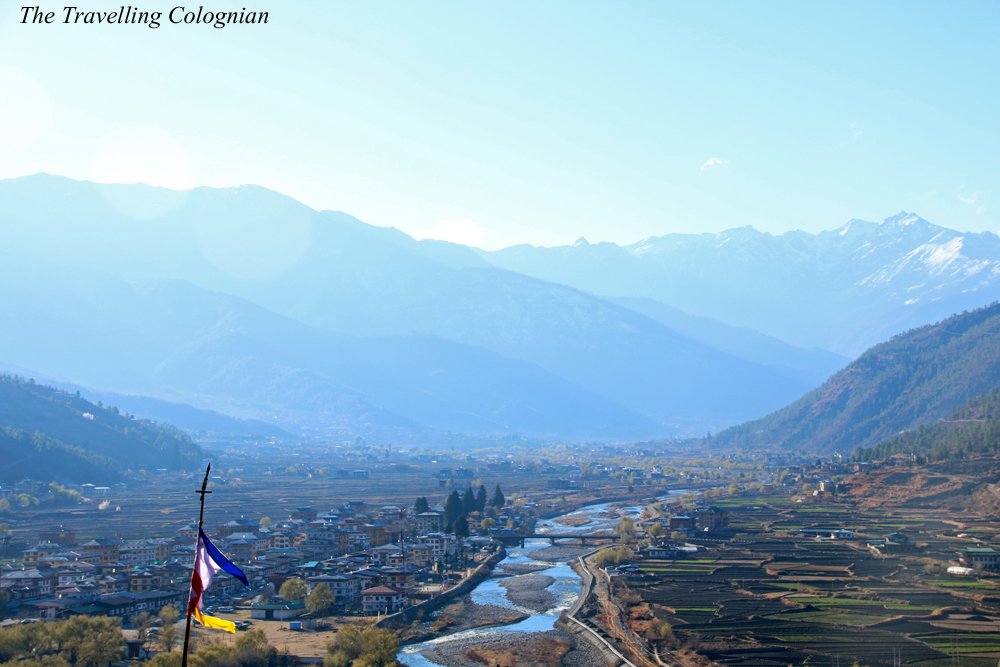 Prayer flags in front of the Yamdrok Yamtso Lake in Tibet

On day trips with local agencies, you will get to know corners of a city or regions that you would probably never discover on your own and you hereby also support the locals. I would have never been on the lesser known and partially unrestored sections of the Great Wall in Gubeikou, Zhuangdaokou, Jiankou Big West, Longquanyu and the Great Wall Spur without my friend, who works as a hiking guide for the Beijing Hikers, let alone that I would have gone there alone. 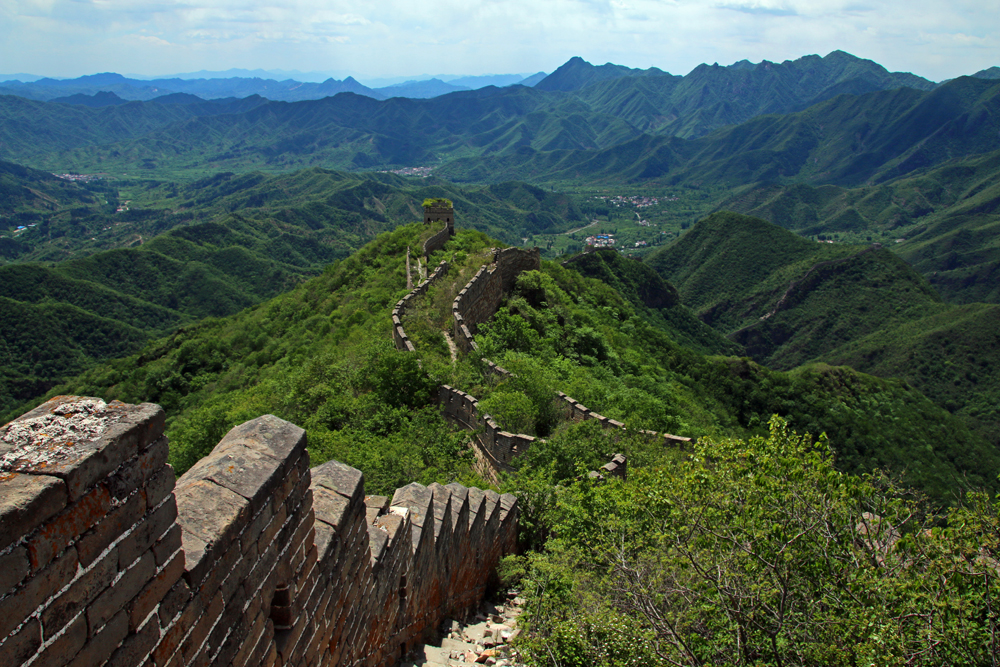 Hike along the Great Wall SpurÂ

Through the Sheikh Mohammed Center for Cultural Understanding, I learned that Dubai is more than skyscrapers and shopping malls, beach and luxury hotels, gloss and glamour. As part of a tour of the Jumeirah Mosque, on a Heritage tour of the historic Al Fahidi district and while indulging a cultural lunch, I learned a lot about the history and culture of Dubai and the United Arab Emirates and I had the chance to try the local Emirati cuisine. I enjoyed these half-day trips so much that my boyfriend and I gave the Heritage Tour as aÂ Christmas gift to my parents, who are currently travelling through Dubai, Oman, India and Iran. 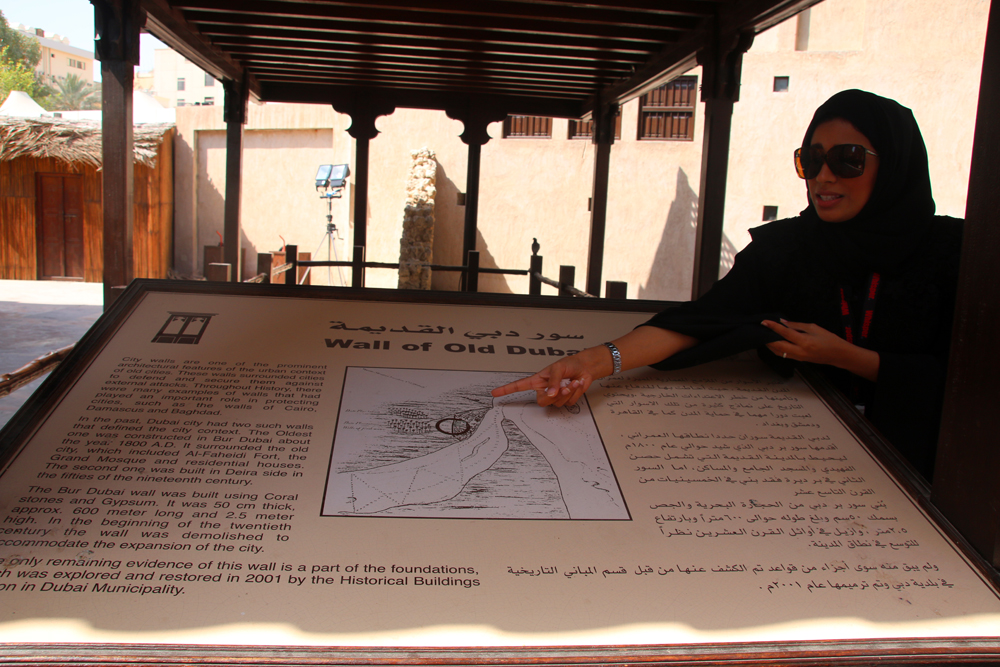 Heritage tour of the historic Al Fahidi district in Dubai

Take a Cooking Class at the Destination 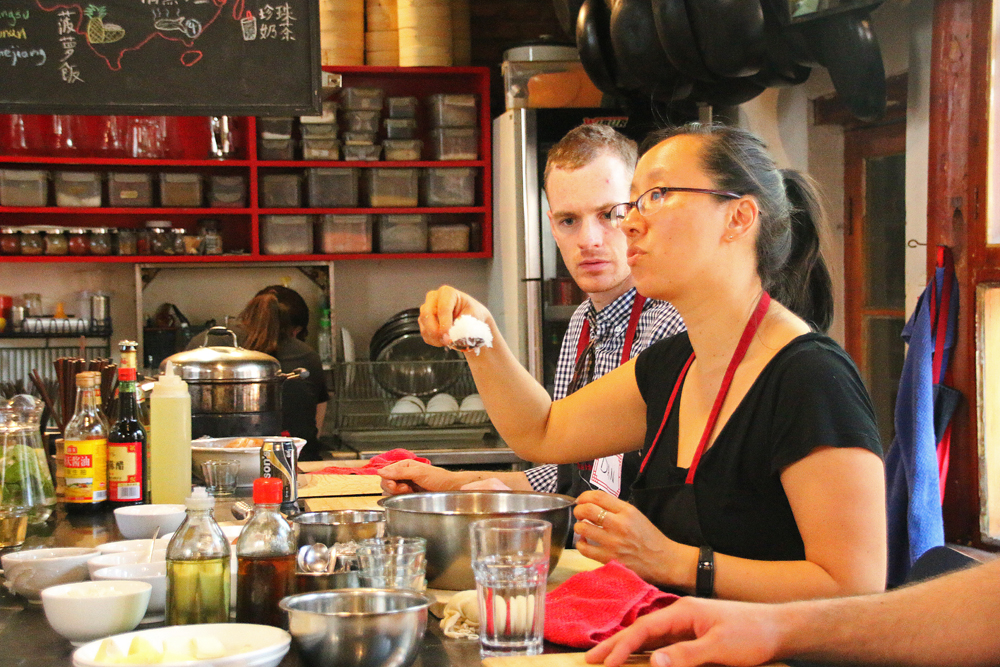 Instead of donating to a large organization like Unicef, you can also support local social projects. When donating to a project in a country you visit, you have the opportunity to see how and where the money is used. 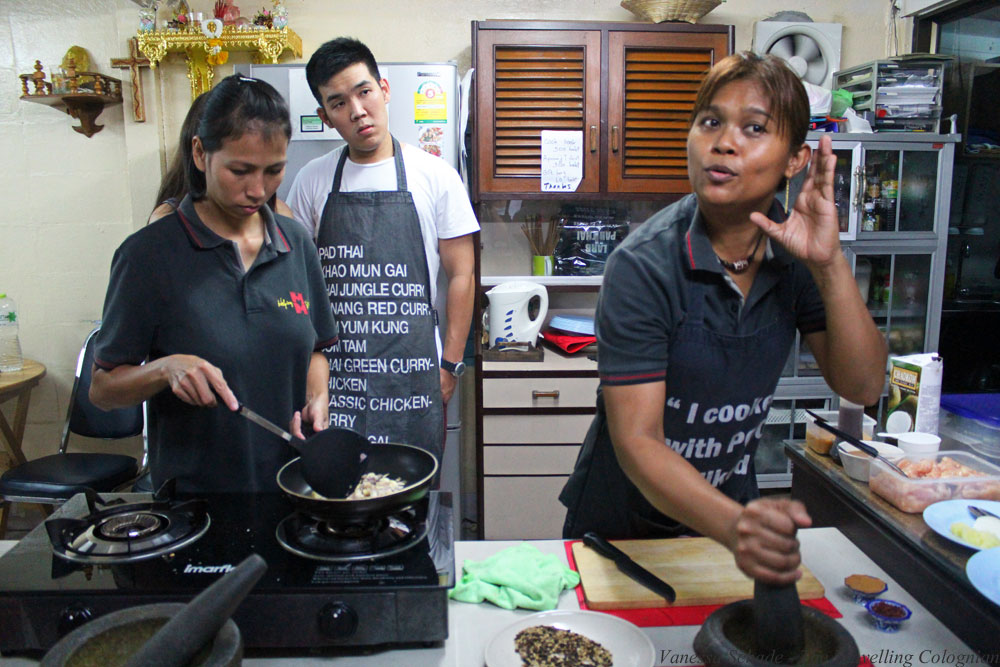 KOTO – Know One, Teach One

KOTO was founded about sixteen years ago by the Vietnamese-Australian founder Jimmy Pham. Instead of simply supporting street kids with donations, he wanted to give them a real perspective and opened two restaurants in Hanoi and Saigon/Ho Chi Minh City, where disadvantaged youth are trained as restaurant assistants. The training is internationally recognized so that some graduates were offered jobs at international hotels after completing the training. 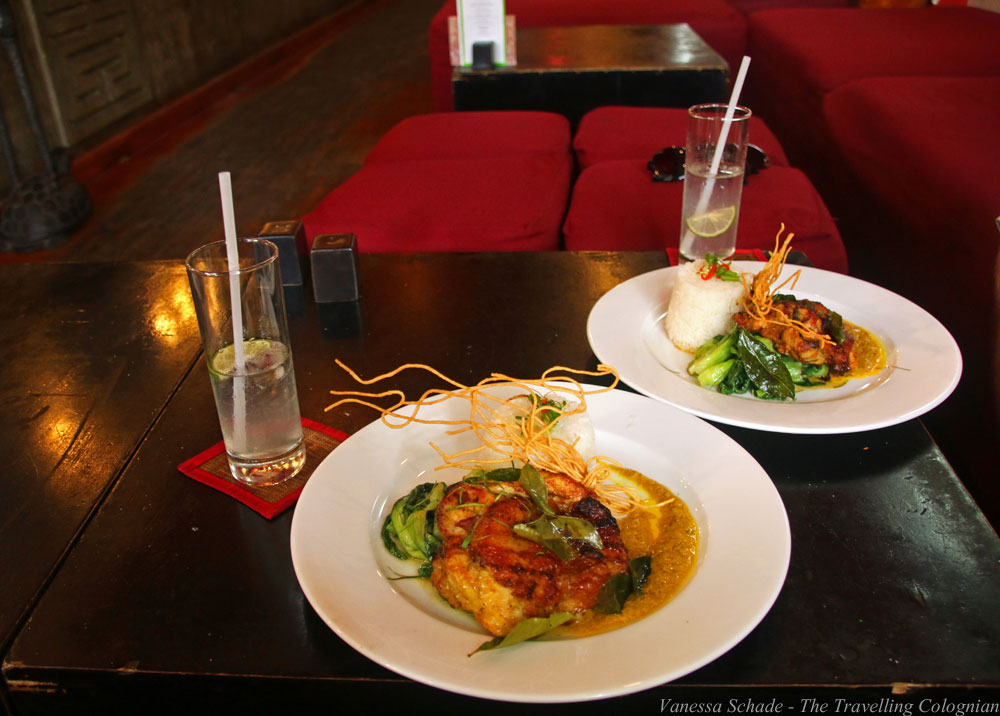 Lunch at the KOTO restaurant in Hanoi, Vietnam

Another project that I do not personally know, but which I think is worth supporting, is Women on Wheels, an initiative in New Delhi, India, that trains disadvantaged women as female drivers and provides them with a livelihood. I wish Women on Wheels already existed when I was in India in 2011. Should I travel to India again, I will use Women on Wheels for the transfer from Delhi Airport to the hotel and back.

Leave nothing but Footprints

You can contribute to Aliyyah Eniath’s request by leaving as few traces as possible. When traveling, I always carry my own reusable water bottle and my own coffee mug and try to avoid waste as much as possible. In Bhutan, an Australian fellow traveller, our Bhutanese guide and I collected and properly disposed of the plastic waste we found on the way to the Tiger’s Nest and on theÂ Bumdrak Trek. Luckily it was not that much. 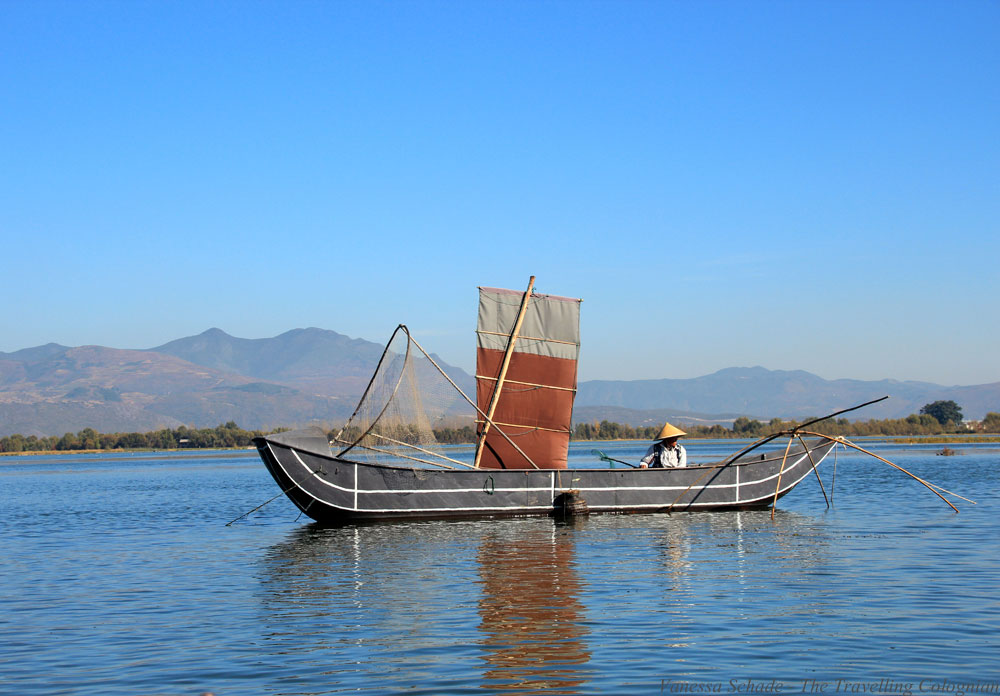 I have been using local transport for many years. I often sleep in local accommodations and I have been supporting local providers and projects long before I came up with the idea of creating this travel blog. However, I am aware that as a journalist and travel blogger I have a greater responsibility in the way I travel and how I report about my travels. With this blog article, I take part in the blog parade of Tania on “Responsibility as a travel blogger” and I would like to put the focus on sustainable tourism.

Have you ever stayed in a traditional accommodation? Could you imagine to sleep in a yurt, a monastery or an Iban longhouse?

Disclosure:Â All links that are marked with a * are affiliate links, which means that I get a small commission when you book a tour or a hotel through these links, of course without additional costs for you. Affiliate links help me to cover a part of the costs of running this site. I only recommend products which I use and like. All links that are not marked with a * are not affiliate links. I also recommend companies without getting a commission, a discount or something for free.