A new Design – your Opinion 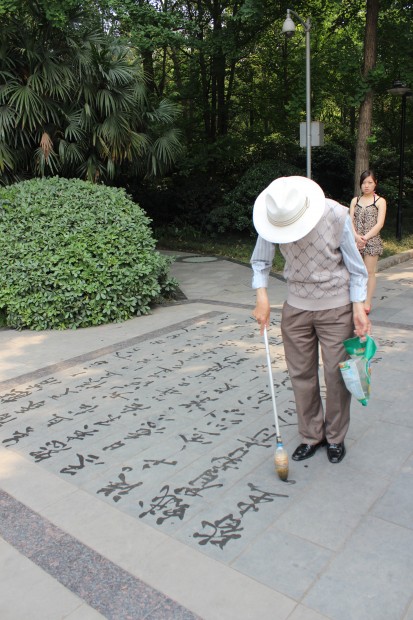 Two days from now my blog on WordPress will reach its first anniversary. I had a blog before on Blogspot but I didn’t really like Blogspot due to its limited Design- and Layout-options and, compared to WordPress, the worse user-friendliness, so I didn’t do much on my blog. When starting this blog I choosed the free Bueno Theme which, I think, is a great Theme for those, who just start blogging on WordPress. But after a few months I felt that I wanted a Theme which is still for free but represents my photos better and gives me a few more blog options than Bueno. I choosed Forever, which is originally designed as a Wedding Theme but offers a photo slider which was very appealing to me.

When strolling around the blogosphere I discovered other travel blogs on WordPress and two of those which I really like, use the Premium Linen Theme. I purchased Linen two and half weeks ago as well and I am using it on my blog since then. To get an idea what their authors did to individualize their blog, I got in touch with them. Both were very nice and helpful and gave me a lot of tips what they did to make their blog something special. Thanks a lot, Lucy and James for that.

I really like the Linen Theme which I choosed due to its featured post slider and for the possiblity to add featured images. I also like the footer of the Theme and the Thumbnail images on the left of each post with a featured image but I wished those images would display as a big image on top of each post instead, like they do on James’ blog. But this, I was told by WordPress, is only possible, when using the Custom Design Upgrade. This costs 30 US-Dollars per year and, after my opinion, makes sense, but only for those who have CSS skills which I don’t have yet. I also don’t have Photoshop- or InDesign- (or similar) skills yet. Apparently at least some of those skills are necessary for most changes which make the blog something special. This why I decided to purchase and try out four other Premium Themes – Photography, Profile, Portfolio and maybe Photographer – on my blog one after the other in the next one to one and a half weeks and choose the best one for my blog. Of course, I will notify WordPress about the Themes I am not taking to get the refund for those which I don’t want inside 30 days after the purchase.

I have twelve more days to decide which Theme is best as I am leaving for my next adventure in 13 days, back to China, where I have just recently been in April and May, and where WordPress is banned like many other websites. I will use Linen till tomorrow night or monday morning (local time in Germany) before changing to Photography. I am intending to try out each Theme for about two days.

I would love to learn which Theme you think fits best to my blog? This is why I created a poll down below this english article. This doesn’t mean that I feel bound to the Theme which gets the greatest approval in the poll if I have a different opinion, but I would l love to get to know your opinion. What do you think, is the best Theme for my blog? Which presents my photographs best? You could also click on “Live Demo” on each of those Themes now, to see which options it offers. Please participate in the poll. You are also more than welcome to leave a comment and tell me, what you think.