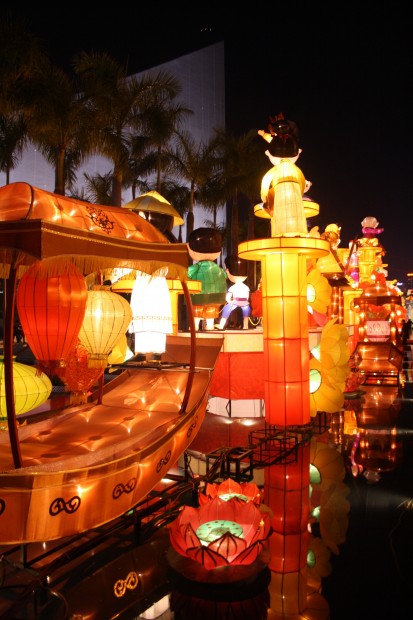 While we are commemorating Carnival in this country, people in Asia are celebrating Chinese New Year on today’s 10th February. This marks the “most important chinese public holiday”, which is acclaimed especially in east asian countries like China, Mongolia, Taiwan and Vietnam. But also in Thailand, Malaysia, Singapore, Indonesia, in the Philippines and by the chinese population worldwide the festival is been celebrated.

Different from western countries Chinese New Year does not take part at the beginning of the year because therefor not the gregorian calendar which is used in western countries but the chinese lunisolar calendar is relevant. So Chinese New Year is always on the second new moon after the winter solstice and takes part every year on different days between the 21st January and 21st February.

The festivities of Chinese New Year take two weeks in total and are celebrated “with colourful festivals and frolic processions”. They start with a huge feast on the last day of the old year and finish with the lantern festival on the fifteenth day of the new year, for which the streets are decorated with colourful lanterns, a tradition which goes back “to the early Han Dynasty”. The kids are dressed up by their parents. For clothing the colour red is dominant, because this “is a symbol for luck”, which applies in particular “when the animal of the own year of birth reappears after twelve years and initiates a new life time cycle.”

Due to the chinese Mythology, it is supposed to bring luck:

In contrast, it is supposed to bring bad luck:

The Chinese Horoscope consists of the twelve animals Rat, Ox, Tiger, Rabbit, Dragon, Snake, Horse, Sheep, Monkey, Rooster, Dog and Pig which reappear in a twelve-year-cycle, and of the five elements Metal, Water, Wood, Fire and Earth. They are assigned to Yin and Yang and provide ten combinations which accord the ten annual figures.

As of today the year of the Water-Snake is been heralded, which follows of the Year of the Water-Dragon and ends on the 30th January 2014. Due to the chinese lunisolar calender years in the sign of the snake are the periods between the

Snakes are supposed to have positive attributes like tolerance, forbearance, sense of responsibility, energy, sensitivity, hospitality, will power, intelligence, appreciation and a sense of reality, but sometimes also negative characteristics like sometimes inner conflicts, imbalance, jealousy, pride, vanity and censoriousness.

Two years ago I was in Hongkong when the Year of the Rabbit was heralded. The stewardesses of Air Asia on my flight from Kuala Lumpur to Hongkong wore pink plush Bunny Ears with their red uniforms. Whole Hongkong was festive and colourfully decorated. On New Year’s Eve there was a parade, which reminded me a bit of our carnival processions, and one day later a huge firework. Whole Hongkong was overcrowded with tourists. Getting a taxi was almost impossible and for rides to the sights on Lantau or Lamma Island one had to wait several hours or refrain from going there. The reasonably priced hotels in Kowloon on the mainland were booked out months in advance so that I had to take an expensive one on Hongkong Island. Many shops on Hongkong Island were closed and several streets on the island seemed to be a little deserted. 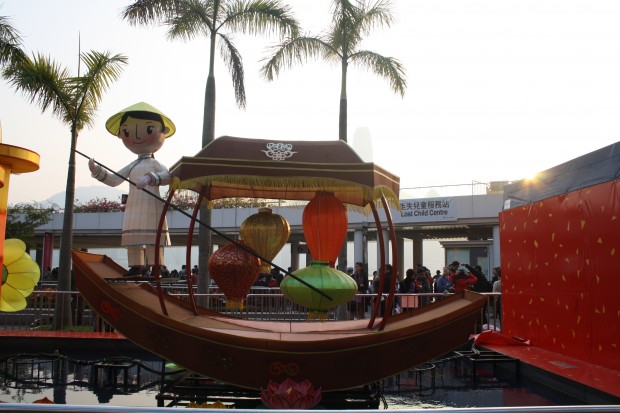 Children get dressed up for Chinese New Year

A visit in an east asian country during Chinese New Year is an experience, but one should make sure to book a hotel room very well in advance, to bring along a lot of patience and maybe stay away from Metropolises like Hongkong, Shanghai et cetera during those days.

The article bases upon a detailed internet research on various websites. I hope, it is correct in regards to the content.